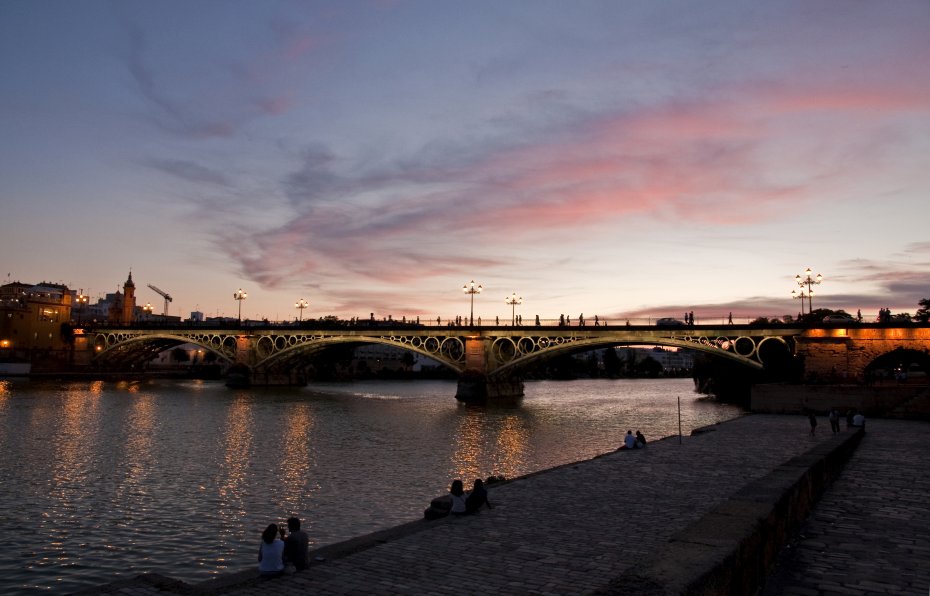 If you are going to Seville, you can't miss the Triana neighborhood. It is the essence of the city or, at least, a part with a lot of Sevillian character. To get there, one must cross the Guadalquivir River going through several bridges - including the Triana Bridge, the oldest one preserved in Spain - that connects Seville with the district. The promenade is exceptional, offering spectacular views especially at sundown. Before finishing crossing the bridge, you will find two emblematic buildings: the capillita del Carmen and the Mercado de Triana. Visit the chapel and go to the market to eat some tapas, they are very well priced and are delicious!
Triana dates back to Roman times and has thrived over the centuries, largely thanks to its direct contact with the Guadalquivir. The neighborhood is like a village within Seville, some neighbors even think they are living apart from Seville. It is the cradle of many singers and it has the La Casa Anselma, a characteristic bar where people sing and play to the purest Sevillian style. The grace of this neighborhood is getting lost, but as you do, try looking for Castilla Street, the alley of the Inquisition, walk down the Betis Street and sit down to contemplate the Altozano Square. 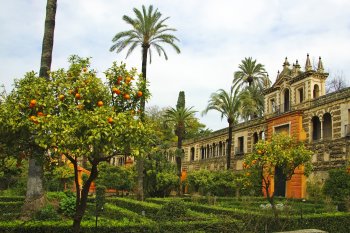 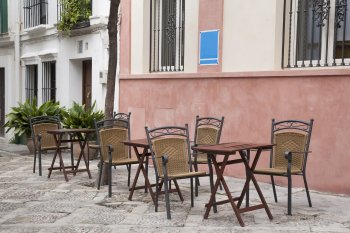 Beers and Tapas in Seville 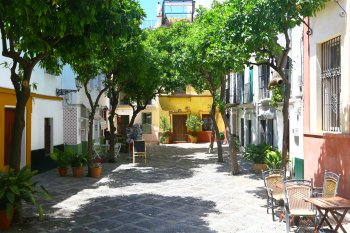 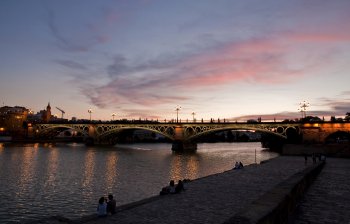 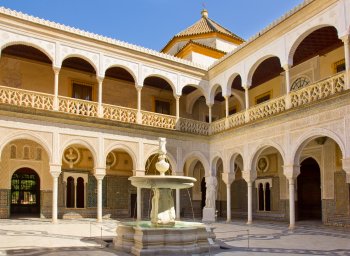 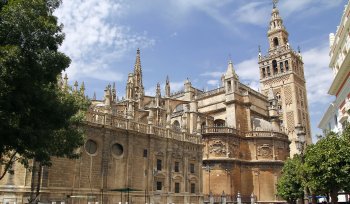 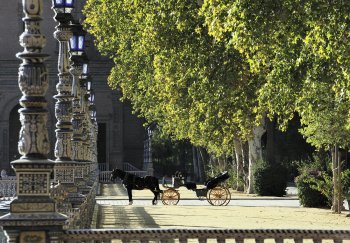 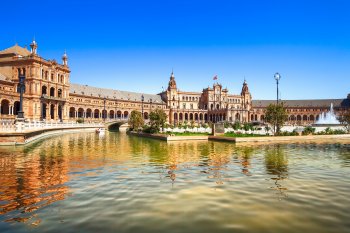 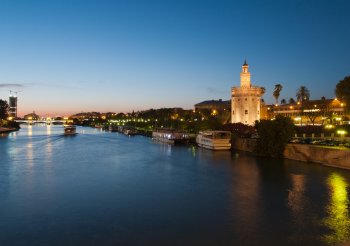